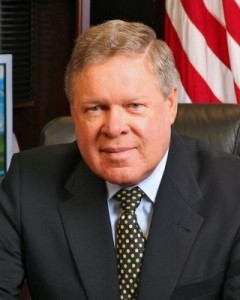 SEATTLE, May 6, 2015 /PRNewswire/ — LumiThera Inc., a medical device company focused on the development of non-invasive photobiomodulation (PBM) treatment for ocular disorders and disease, today announced Retired Congressman Norman Dicks has agreed to join LumiThera’s Advisory Board to assist in the company’s mission to treat vision impairment.

Norman DeValois “Norm” Dicks was the U.S. Representative for Washington’s 6th congressional district, serving between 1977 and 2013. He is a member of the Democratic Party. His district was located in the northwestern corner of the state, and includes most of Tacoma. Norm Dicks retired at the end of the 112th Congress. He currently has a WA advisory firm of Norm Dicks LLC and serves as Senior Policy Advisor at the law and public policy firm Van Ness Feldman LLP with offices in Seattle and Washington DC.

Norm Dicks was born and raised in Bremerton, Washington. He attended the University of Washington, where he was a linebacker on the Huskies football team. He earned a B.A. and a J.D. degree there. In a statement upon his retirement in 2012 from Congress, President Barack Obama thanked Dicks for his service. “Norm has spent his career working to protect our national security, championing the men and women of our Armed Forces and fighting for the many natural resources of Washington State and the Pacific Northwest.”

In 2013, the former congressman joined the board of the Seattle non-profit Long Live the Kings as an Ambassador to a new U.S./Canada partnership, the Salish Sea Marine Survival project. In 2014, Dicks was elected to the Board of Directors of the National Bureau of Asian Research.

“I have a personal interest in dry age-related macular degeneration (“AMD”), which is the leading cause of blindness in adults over 65,” stated Norm Dicks. “The approach that LumiThera is taking to provide an early and non-invasive treatment could change the way we think about degenerative ocular diseases that lead to blindness and dramatically impact our lives.”

“Congressman Dicks has made remarkable contributions throughout his career in politics. We are very honored to have Norm helping LumiThera in our mission,” stated Clark E. Tedford, Ph.D., President and CEO. “His dedication to helping make a difference is exceptional and we are excited to have him join our team to bring a cost effective LED treatment to acute and chronic ocular disease and disorders globally.”

LumiThera is a developmental-stage medical device company focused on treating people affected by dry AMD. The Washington-based company was founded by a team of physicians, scientists, and engineers, with backgrounds in the use of photobiomodulaton (“PBM”), using non-invasive light emitting diodes (“LED”) and laser treatments for acute and chronic ocular diseases and disorders. LumiThera, Inc is a recipient of a 2014 Washington Life Science Discovery Fund grant to provide funds for emerging health care companies. The Company is developing an ophthalmologist LED office-based instrument to be used in multiple ocular conditions or disorders as non-invasive medical treatments.