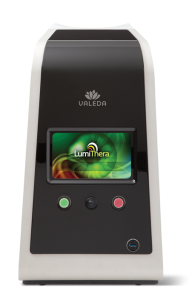 The mechanism of photobiomodulation (PBM) at the cellular level has been ascribed to the activation of mitochondrial respiratory chain components resulting in stabilization of metabolic function and initiation of a signaling cascade, which promotes cellular proliferation and cytoprotection.

PBM works through the absorption of photons by photoacceptors in the targeted tissue. Once absorbed, secondary cellular effects include increases in energy production and changes in signaling modalities such as reactive oxygen species, nitric oxide and cellular calcium.  Cellular changes occur through activation of transcription factors leading to modulation in protein synthesis, proliferation and ultimately improved cell survival.

PBM is currently used in physiotherapy, arthritis, wound repair and sports medicine and is increasingly being recognized as a therapy for the treatment of serious, life-threatening disease states. 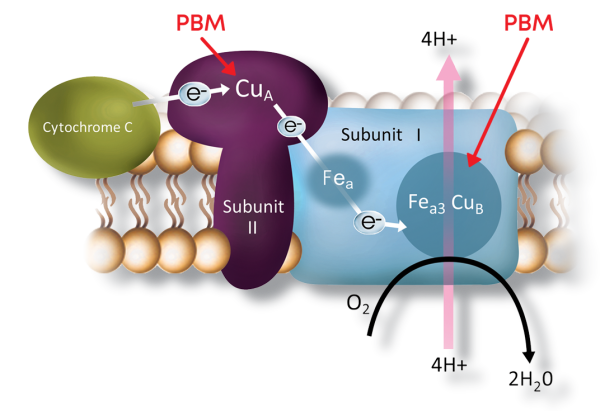 Cytochrome C oxidase (CCO), a critical protein involved in regulation of mitochondrial activity, has been shown to be a key photoacceptor of light in the far red to near-infrared (NIR) spectral range. Oxidative stress and impaired mitochondrial function may contribute to several ocular disorders. Retinal cells are one of the most energy-dependent cells in the body. PBM at selected wavelengths can directly stimulate the production of mitochondrial energy. 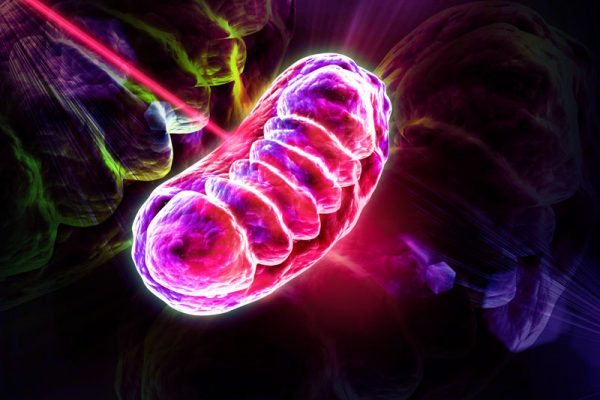 Recent scientific publications have demonstrated the benefits of PBM on CCO gene expression in wounded, diabetic and ischemic cells, showing a significant stimulation in transcription of genes involved in the electron transport chain, a critical mitochondrial pathway utilized to convert glucose and oxygen (O2) into energy. Adenosine Triphosphate (ATP) is a major form of stored energy produced in cells. PBM results in an upregulation of several genes involved in energy metabolism and oxidative phosphorylation, thus stimulating an increase in ATP production, which regulates other cellular processes, leading to normalization of cellular functions.